H.G Wells was born in 1866 and we know him as one of the fathers of modern science fiction along with Jules Verne. He was born in the age of inventions and discovery. His fictional “The Time Machine” book has some ideas from both Darwin’s “Evolution” theory and Herbert Spencer’s “Social Evolution” theory according to time traveller’s journey through the future folks. This paper will analyse how the character analyses different human folks in the far future, the reason behind it, why they evolved into that form, how H.G Wells “World State theory” is connected to these ideas, a brief summary of both theories and symbolism in the work of fiction.

In H.G Wells “Time Machine” a time travels claims that he invented the machine that can break laws of space and time. But nobody believes him until he vanishes one day and comes back with torn apart clothes and body full of dust and tells the audience that his machine worked and he went to the far future where world gone kind of dystopia. In there he meets with Eloi, the peaceful folk who has no culture of labour, a government and act like they have no brain. But on the other hand, there are Morlocks who dwell in the underground, has labour system and feeds themselves with Eloi. These two races evolved from today’s men. And these two races represent different social classes from the present day.

This paper will analyse these two races according to Herbert Spencer’s Social Darwinism theory, his world state theory and symbols in the book.

H.G Wells came up with the World State theory. Basically, this theory is; to gather everybody under one state’s roof. But unfortunately, this state can only happen against one common enemy like in his book “War of the Worlds” where alien tripods come to invade the World. According to o this idea humanity should leave all the borders, which has no meaning and create one advanced civilization.

“Our true nationality is mankind.”1

With this quota he supports his one nation ideology with saying with mankind should be the only country that people should have. He talked with Stalin, Mussolini, Hitler and American leaders about this ideology and protected meritocracy. But after WW2 he secludes himself and says “I show you the way to prosperity, I planned it and told you. Now everything’s up to you”2

Even though he couldn’t change the world with his theories, definitely he created the base level of science-fiction. But he wrote not only sci-fi but also, he wrote history books. For example, his book “The Outline of History” is taken by Atatürk while he was writing Nutuk. Also, there is a section directly inspired by this book in Nutuk.

Wells was a great man not only for his great books but also, he predicted many things. His insights in his books are called prophecy. Laser guns, nuclear bombs, and before Einstein’s relativity of time he wrote a novella about the relativity of time.  And in “Time Machine” he talks about time like; “Think about a cube. The cube has width, height and a mass. But we call cube as a cube because it exists in time which is another dimension but we overlook it because of natural causes of our evolution.”

Social Darwinism is first coined by Herbert Spencer. He took Darwin’s evolution theory one step beyond from biology.

Spencer is the first one who said “Survival of the fittest”.6 According to Darwin, evolution is about the ones who adapt the changes quickly will survive for future generations most likely. And Spencer takes this idea into the society’s perspective. Because everything changes because of situations and social changes also create this distinction between social classes, because social classes are also a living and changing organism, and in time all these social classes will differentiate each other one way or another.

“Now, we propose in the first place to show, that this law of organic progress is the law of all progress. Whether it be in the development of the Earth, in the development Life upon its surface, in the development of Society, of Government, of Manufactures, of Commerce, of Language, Literature, Science, Art, this same evolution of the simple into the complex, through a process of continuous differentiation, hold throughout. From the earliest traceable cosmical changes down to the latest results of civilization, we shall find that the transformation of the homogeneous into the heterogeneous is that in which progress essentially consists.”3

In animals’ regulative system is the central nervous system and brain, this is the government in society because it’s the brain and everything connects there. The sustaining system in animals is giving/receiving nourishment to an animal, in society, it’s the industry because in this way people earn money, produce, with the economy they circulate nourishment and with jobs, the process products like food. And all these things are transported by roads, internet and other transportation systems, just like veins and arteries in animals.

Wells discusses this Social Darwinism in his books as a warning. His races are representing social classes from Britain. In his Wells time, there were distances between the working class and high class. To start off, child labour was the most critical issue prevalent at this time. Children, as young as eleven years were made to work in dangerous mines and factories. They also worked as servants in other people’s houses.4

Eloi are pretty, non-intelligence, fruit lover race. They don’t have the government, they don’t work. They just live under the sun, dance and sing stupid songs. They are afraid of the dark. Basically, they represent the upper class from Britain. Because they don’t work they evolve into stupid, dancing Eloi. Their height got smaller because of lack of enough effort. Their easy, carefree lives made them lazy.

“We should strive to welcome change and challenges because they are what help us grow. Without them, we grow weak like the Eloi in comfort and security. We need to constantly be challenging ourselves in order to strengthen our character and increase our intelligence.”5

According to Wells, higher classes make their profit from the lower classes. They have to threat to their life. They don’t use their body or muscle to gain money or buy some food. Evolution is about adapting the organism to the changing environment.  If an organism needs to fly in order to survive, wings shape up, and if it doesn’t need it, evolution takes the wings in time. Wells clearly points out that if higher classes act like this way, one day they will turn into Eloi like lazy creatures.

On the other hand, Morlocks represents the lower working class. They live in the underground. Unlike Eloi, they show signs of intelligence and they understand labours. Instead of fruit, they eat Eloi. Morlocks are seen by the traveller as evil creatures, they have menacing auras, huge eyes and pale white skin. They eat Eloi’s because for centuries high society took their food and force them to work. When the resources on the surface depleted they are forced to work underground and in time they forgot the sun. Their skin went pale, their eyes grew bigger and eventually, they started to fear fire and any light source. But the crucial part is they have to feed themselves with Eloi because there is no other food except little folk Eloi. But on the other hand, Morlocks created the perfect world for Eloi and a fake sense of security in order to eat them. According to Wells, if the industry goes this way, somehow living on the surface will be transferred to the underground for the working class and Marx’s “labour rebellion” will never happen because of Social Evolution.

“But gradually the truth dawned on me: that Man had not remained one species, but had differentiated into two distinct animals: that my graceful children of the Upper-world were not the sole descendants of our generation, but that this bleached, obscene, nocturnal Thing, which had flashed before me, was also heir to all the ages.”5

In the book, Wells explains Social Darwinism in a pessimistic way. With the lines above shows that in time with the different living conditions humanity will evolve and differentiate inside. One class will turn something else and there will be no unity in human kinds. Not only as a country but as biologically as well.

FIRE AND MYTHOLOGY IN THE TIME MACHINE

As you can notice there is a lot of fire in the book. Time traveller puts the prototype in front of the fire so everybody can see it, Morlocks are afraid of fire, when the time traveller goes to the emerald tower he finds a pack of matches or when he and Weena sleep outside they make a bonfire and sleep and when they attacked by Morlocks he notices fire has gone.

Because fire is one of the most important and maybe the oldest discovery of man. People are different from animals because we can use tools and fire is the oldest tool that man discovered. Everything inventions come after the discovery of the source of heat. Without fire, people would turn into savages like Morlocks. Also, darkness is associated with Morlocks as they can only see in the darkness, lights are associated with benevolent Eloi.

Fire represents technology in the book. Because when he goes to future he burns down the forest and also, he escapes Morlock with the help of fire. This shows that technology can be both destructive and yet if it used wisely it can help the greater good.

Also, Wells creates a Prometheus figure by fire. The traveller goes to Emerald Tower which is a huge godlike place and he finds matches in there and takes it to Eloi. Just like Prometheus steals fire from gods for humans. Yet Eloi uses matches just for fun, they don’t understand it’s importance. Also, Sphinx creates a mythological effect on the story. When he goes to the future he sees a giant sphinx statue like a big question. After his machine disappears and basically travellers riddle starts. Also, Eloi with their relaxed situation and their city designs they show resemblance to the old Greek people.

To conclude the paper, “The Time Machine” is a dystopia which warns humanity in a scientific way. Combines Hellenistic age symbols and biology to show what will happen to humanity if people continue to act this way. With this warning, Wells supports his World State Theory again. He is against that much distances in social classes, hierarchies.

“I cannot convey the sense of abominable desolation that hung over the world. The red eastern sky, the northward blackness, the salt the Dead Sea, the stony beach crawling with these foul, slow-stirring monsters, the uniform poisonous-looking green of the lichenous plants, the thin air that hurts one’s lungs: all contributed to an appalling effect. I moved on a hundred years, and there was the same red sun—a little larger, a little duller—the same dying sea, the same chill air, and the same crowd of earthy crustacea creeping in and out among the green weed and the red rocks. And in the westward sky, I saw a curved pale line like a vast new moon.”7

With the lines above, when the traveller goes beyond the age of Eloi and Morlocks he experiences different crab-like creatures, the rise of a new species and all humanity is gone, maybe destroyed themselves or extinct by some other evolved creature. Also, he experiences the end of the world where no social classes matter anymore. 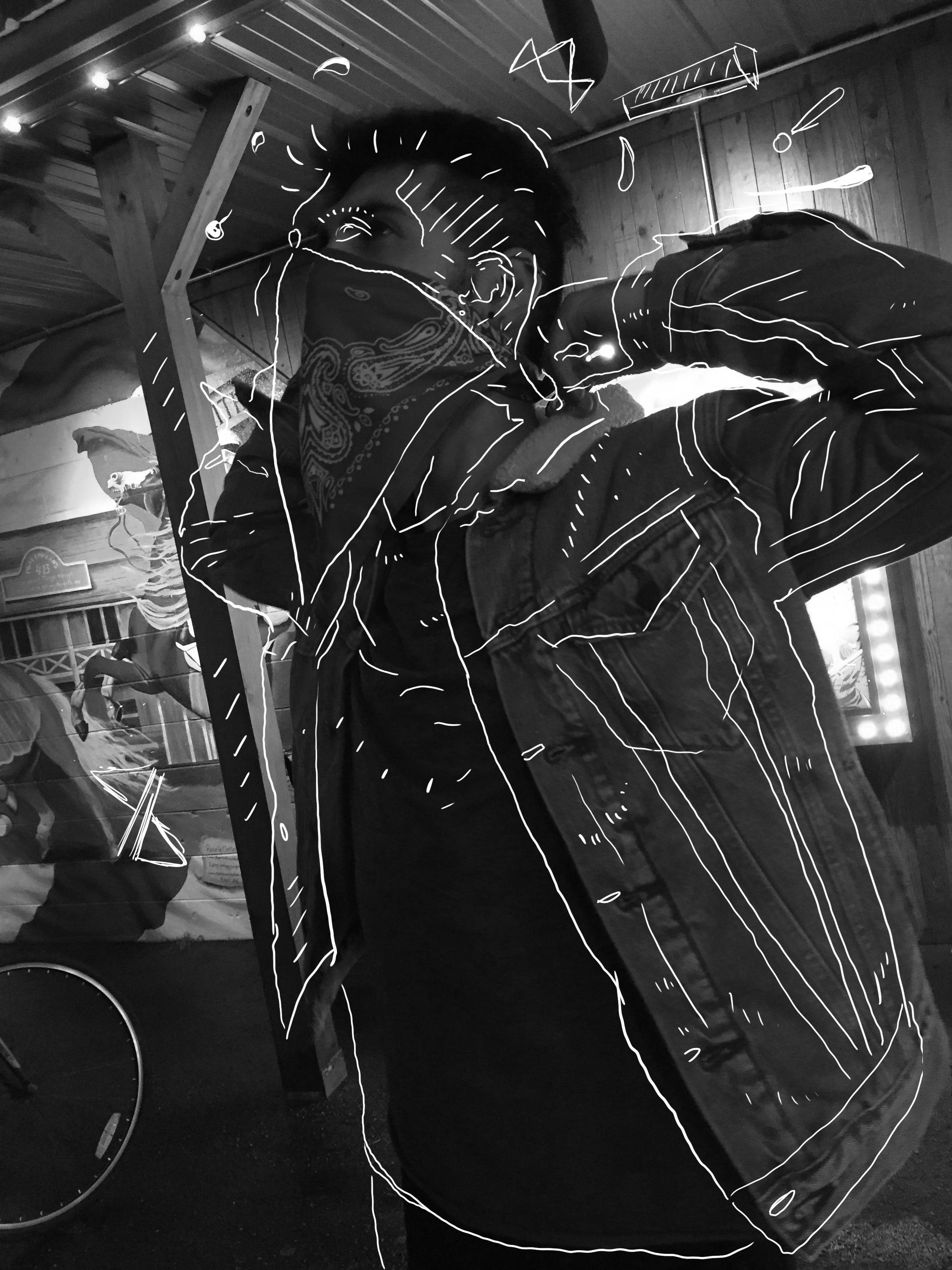